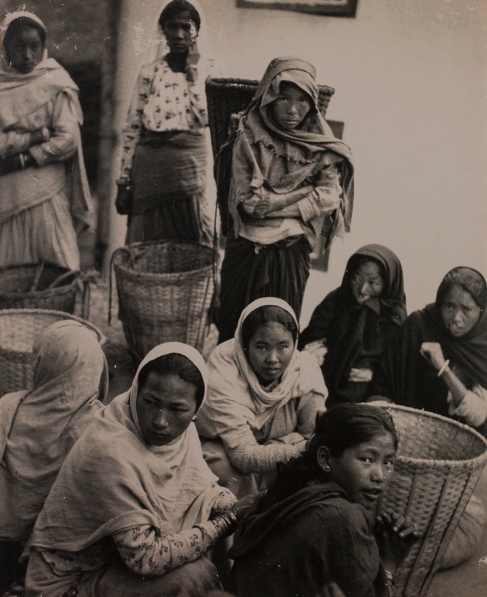 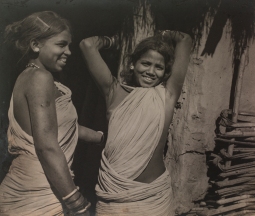 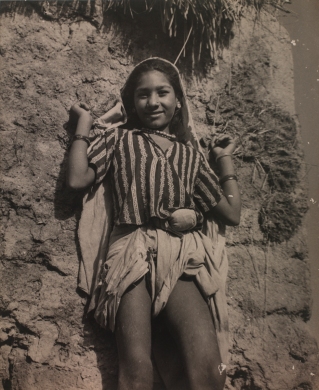 “…The power of photography to open up India to Indians is reflected in his particular interest in the country’s tribal people. During the course of his freelance work in the 1950’s, he used his commissions to subsidise his work with the tribals. In fact, Janah’s interest in the tribal people produced some of his finest photographs – there is one of some tribal girls dancing, in the Indian state of Orissa, which sums up the warmth with which he was received and the affection he felt. He and his wife, who now works as a doctor in London, refer in conversation to particular tribes they love as they shift through the many photographs stored in huge cardboard boxes in the front room of their Wimbledon house. There is a strong sense of nostalgia as they acknowledge how times have changed: as roads and railways penetrate ever deeper into the Indian heartlands, the need for industrial labour has drawn many tribal people out of their traditions, so that Janah’s photographs have a growing historical-anthropological significance. They represent perhaps the only surviving documentation of an aspect of Indian culture which precious few Indians, let alone non-Indians, have any knowledge about”

Photographs by Sunil Janah | From the Swaraj Collection

Excerpts from “Sunil Janah – Prabhu Guptara talks to a pioneer Indian photo journalist”, in the British photography magazine TEN No.21, 1987