Marina, born in 1950, is the daughter of Paulo, Picasso’s first child, and son of his first wife, ballet dancer Olga Khokhlova. Marina was in her twenties when her grandfather died, although her relationship with the artist was in any case a distant one.

Although Khohkolva remained married to Picasso until her death in 1955 but by then the pair had been separated for 20 years. Marina says Picasso “loved women and used them in order to be creative”. Some of his muses met tragic ends: Marie-Thérèse Walter, with whom he fathered his second child, hanged herself, his famous muse Dora Maar suffered from depression and Jacqueline Roque, his second wife, shot herself aged 59, following his death.

Roque and Picasso lived in La Californie, the Cannes villa which has now become a museum and gallery open to the public. 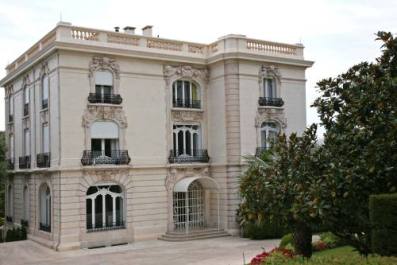 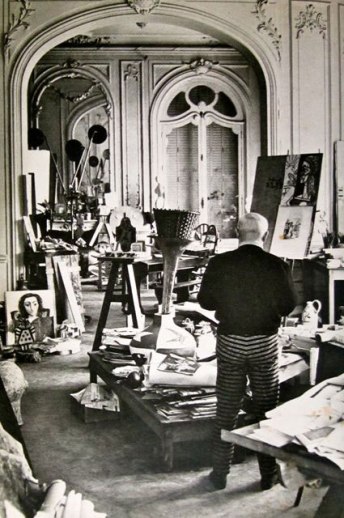 However, she says the house was never part of her childhood, as Roque would rarely let Marina and her brother see the elderly Picasso, and when they did it was after “long waits behind the gate”.

She told Agence France Presse: “Living in this house, unconsciously perhaps it’s a way of recapturing lost time in a place where we were once excluded. Jacqueline used to order that we wait; she rejected anything that disturbed [Picasso]”.

She admits that she “couldn’t bear to see his paintings” and “it took a lot of time to make the distinction between the artist and the grandfather”.

Earlier this year, we learned that Marina Picasso planned to sell off her grandfather’s art from her private collection.

Early rumors hinted that she would be parting with seven very famous paintings as well as the villa she inherited, La Californie, which together have an estimated value of $290 million.

But on Wednesday, The New York Times reported that Marina Picasso is actually in possession of 10,000 original Picasso works that she inherited. She plans to sell them all personally – one by one – with the money going towards her philanthropic efforts.

The announcement has art investors, auctioneers, and dealers all worried – with that amount of goods flooding the market, prices for Picasso works could drop and the art world could lose out on millions of dollars.

Marina Picasso became famous in 2001 for her memoir “Picasso: My Grandfather,” in which she accused the artist of destroying her childhood. She recounts living in near-poverty while her father begged for an allowance from Picasso.

Because Picasso left no will when he died in 1973, his wife, ex-wife, four children, and eight grandchildren were forced to scramble over his estate. Marina, to her surprise, inherited a fifth of the estate, including the villa La Californie.

Marina Picasso does not have plans to sell her villa despite an earlier report to the contrary. The estate previously served as a museum and gallery dedicated to the artist’s work.

But her new-found wealth was not enough to soften her memory of her late grandfather. In her memoir, Marina wrote that she turned around all the paintings in the villa as an act of vengeance.

She is currently in possession of 10,000 works of art by Picasso, which includes 300 paintings, according to the Times. They will be sold directly by Marina, and she will meet the clients personally in Geneva, according to an earlier report by the New York Post’s Page Six.

The first work that Marina will sell is the 1935 painting “La Famille,” a rare realistic-style painting that could fetch millions. 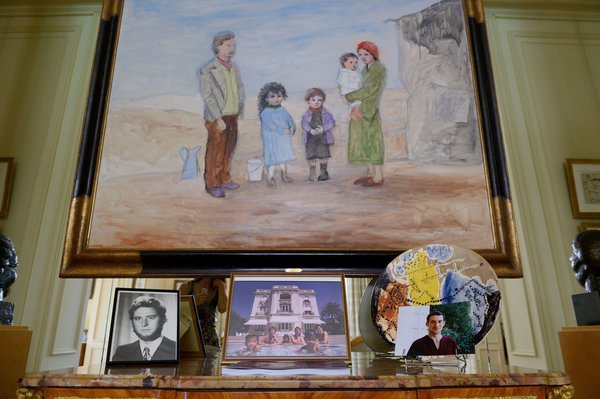 “It’s symbolic because I was born in a great family, but it was a family that was not a family,” Marina Picasso told the Times.

Marina is also in possession of a portrait of Picasso’s first wife, titled “Portrait de femme (Olga),” which could sell for over $60 million if she ever chose to part with it.

Another set of famous works in her collection is the 1911 painting “Femme a la Mandoline (Mademoiselle Leonie assie)” which could sell for as much as $60 million (pictured on the left), and a 1921 work titled “Maternite” starting at $54 million (right).

A friend of Marina’s told Page Six that the decision to sell is “about letting go of the past.” The Times reports that the money will go towards her philanthropy projects, including a paediatric hospital in Vietnam and projects in France and Switzerland that would benefit the elderly and troubled teens.